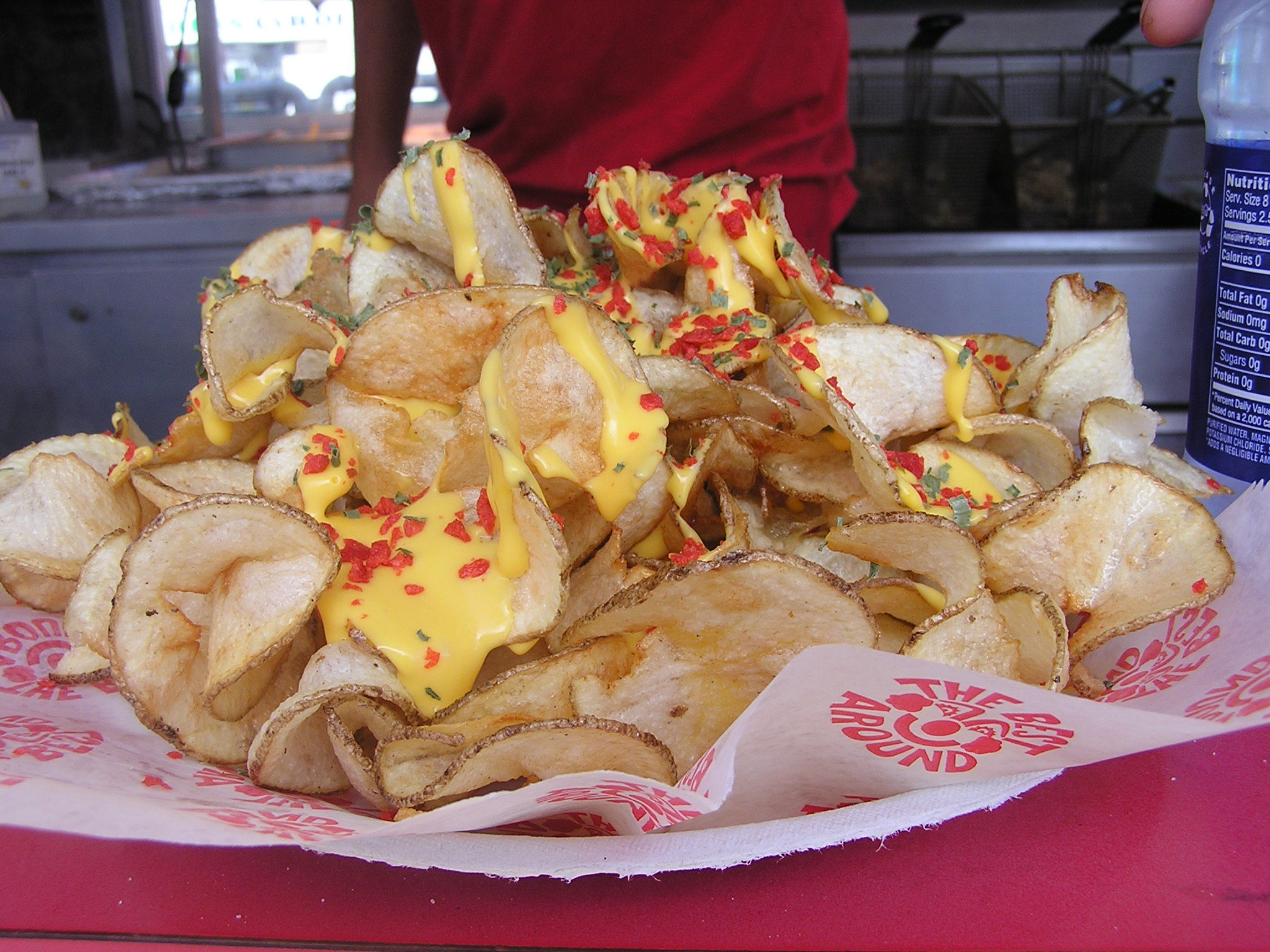 I just returned from a weekend at America’s favorite fair – the Iowa State Fair. And given Iowa’s special role as pork provider to the universe, I have several things to report. 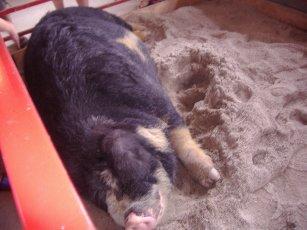 This here is Tooter. He is a purebred Berkshire boar who tipped the scales at 1080 lbs to capture the Champion title in the Big Boar contest at this year’s fair. You wouldn’t believe the number of people who were gathered around good ol’ Tooter for a photo op. He is a very popular pig. 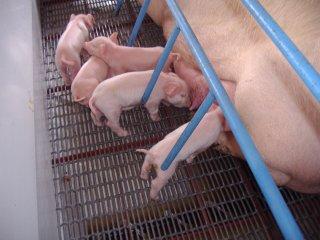 Fair Cuisine
“On a stick.” Those three words pretty much sum up my Iowa State Fair experience. I’m not sure how many different things I ate during my 12 hours at the fair that were fried or on a stick, but I’m guessing it’s over 20. Following are a few of my favorites.

Pork Chop on a Stick 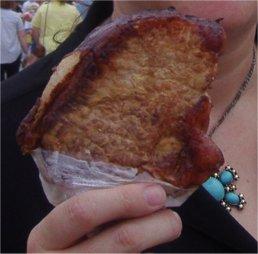 This is seriously one of the best pork chops I’ve ever had. It ended up being a mid-afternoon snack after we finished touring the Swine building and before we headed indoors to see the Butter Cow. And the pork chop was served by the friendly ladies who are waving to the camera in this photo. It’s kind of hard to see them in the window, but they were very enthusiastic about having their photo taken. I think they were disappointed, though, when they found out I wasn’t from the local newspaper. 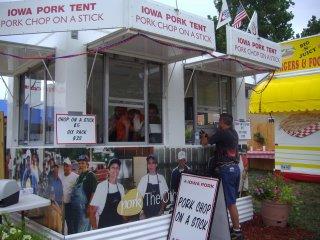 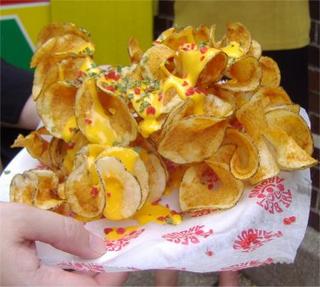 My other mid-afternoon snack was a generous serving of Saratoga Chips. This dish consists of homemade potato chips topped with melted cheese, chives and bacon bits. 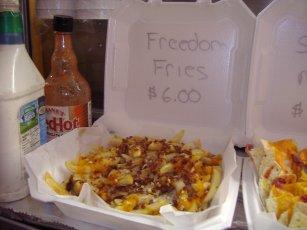 Just looking at this dish makes me proud to be an American. French Fries topped with melted cheese and bacon. God Bless the USA.

There’s so much more that could be shared…fried twinkies, mullets, tie die, inappropriate use of halter tops, the dude who got stabbed in the eye with a fork from a funnel cake…the list goes on. But for now, these will all just be memories to treasure until the next fair.