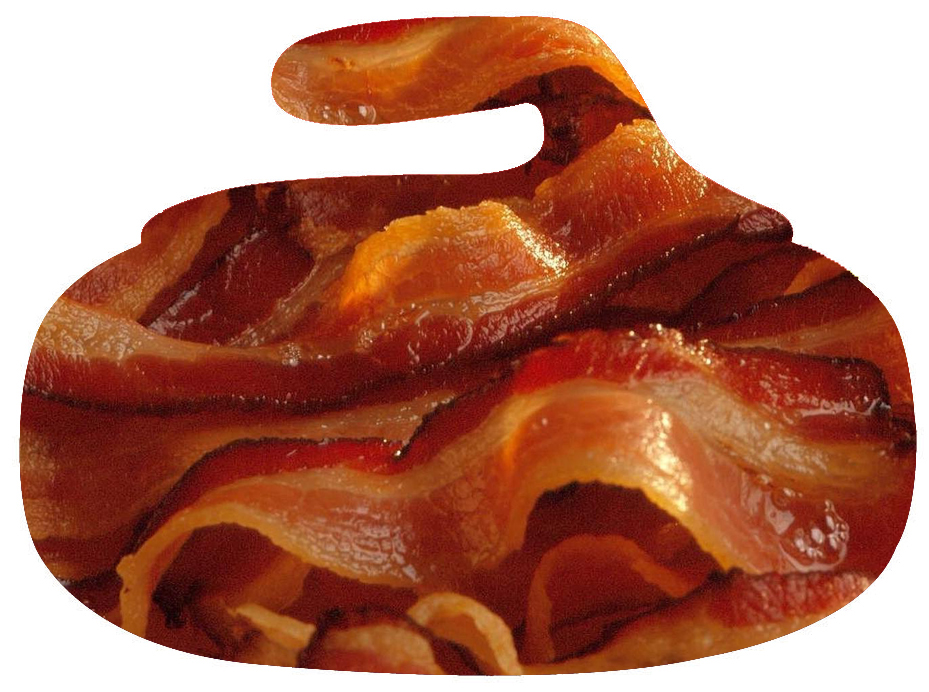 I was greeted by a delightful package on my doorstep upon arriving at home last Friday. Nearly four pounds of Dreymiller & Kray bacon were waiting for me, a package each of pepper bacon, hickory smoked bacon, applewood smoked bacon, and, the flavor I was most eager to try, Goose Island Matilda Beer Bacon.

Good bacon should be shared with friends, and as luck would have it I was playing in a curling tournament over the weekend. After winning our Saturday game, we learned that we would be playing again at 7:30 am on Sunday. So on Saturday night, I cooked up the 4 packages of bacon for distribution to the next morning’s players (I baked it in the oven at 350 degrees for 13 minutes).

Not surprisingly, all the bacon was consumed quickly after arriving at the club. The pepper bacon seemed to be the most popular as it disappeared the fastest, but all 4 flavors were enjoyed by all. I was particularly intrigued by the beer bacon which I had never tried before. Beer is actually used during the curing process, and while subtle, you can definitely smell and taste a distinct beer flavor in this bacon. It gave the bacon a slightly sweeter taste, at least according to my palate, and it was an interesting and delicious flavor twist. While I enjoyed the other 3 flavors as well, the beer bacon was definitely my favorite.