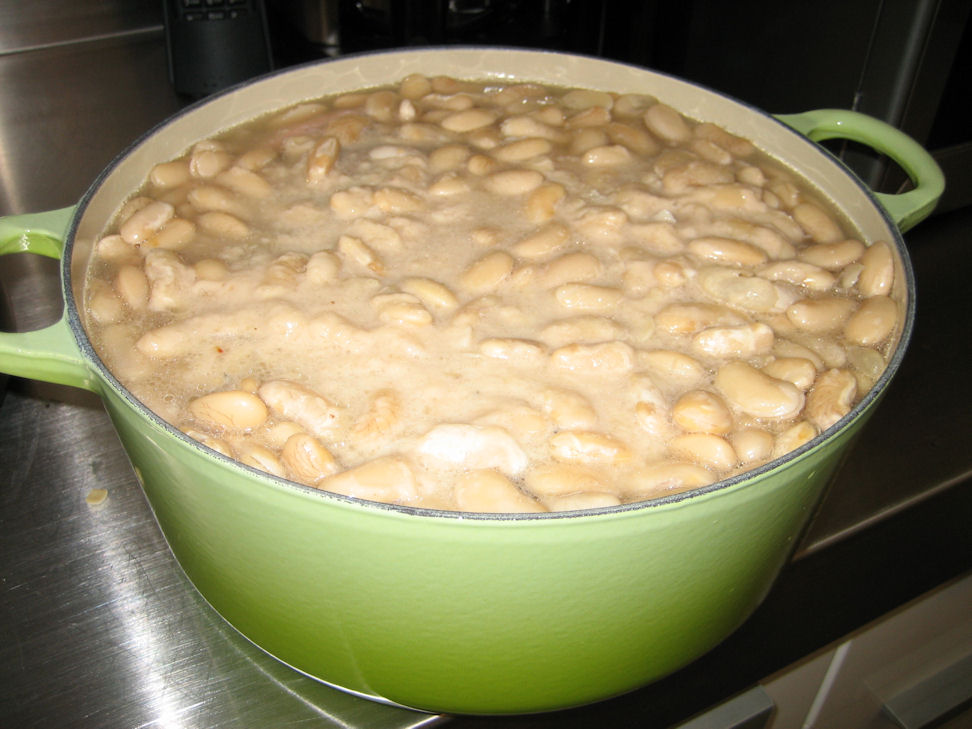 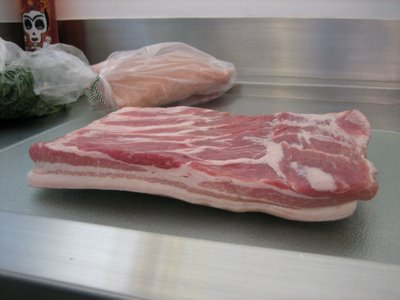 I’ve been talking about it for weeks, but this past weekend I finally got around to making a cassoulet.

Cassoulet is a traditional French dish of slow cooked beans, pork, and duck. The process of making it takes 2-3 days. And some of the ingredients are difficult to find, so I had to begin a couple weeks in advance in order to line everything up.

My inspiration for making the dish came from the episode of Anthony Bourdain’s No Reservations that took place in Cleveland. He and author Michael Ruhlman prepared a gluttonous meal of delicious pork products at the end of the episode, and cassoulet was one of the dishes. I’ve had it on my brain for the last several weeks since seeing the show. But rather than re-posting the recipe here on Bacon Unwrapped, here’s a link to the recipe that Bourdain and Ruhlman used, and that also served as my guide in making my own cassoulet.

Following is a recap of where I acquired my ingredients.

Duck Confit: The recipe gives instructions for making your own duck confit, but I had some time constraints and opted to instead order a pre-made duck confit from the Gourmet Food Store. The quality of the meat was actually quite impressive and the friends I invited over for dinner commented very positively on the taste. So it was definitely worth the short-cut. 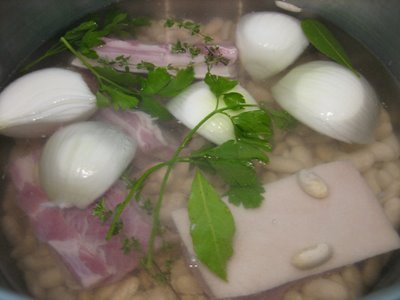 Tarbais Beans: These suckers are kind of hard to find, and they can be quite expensive. But I happened to find a farm in my homestate of Idaho that sells them over the internet. The Tarbais Beans from Purcell Mountain Farms were a beautiful creamy white color and had a really nice scent. Tarbais Beans are the type of bean used in traditional cassoulet preparations, but if you don’t have the means to get your hands on some, then regular white beans are also fine.

Pork Belly: I got my pork belly from none other than The Pork Shop in Queen Creek, Arizona. The Pork Shop rarely keeps uncured pork belly on hand because they usually use all of their inventory to make bacon. But I called a couple weeks in advance and asked them to set some aside for me.

Pork Rind: The pork rind I used was also from The Pork Shop and had to be ordered a couple weeks in advance. 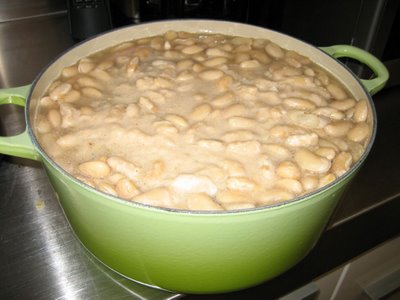 Pork Sausages: It is hard to find pork sausages that aren’t bratwurst, spicy, or infused with other spices and flavors, so I decided to special order some Toulouse sausages – Saucisse de Toulouse – since they are the kind of sausage traditionally used for cassoulet. I also got the sausage from the Gourmet Food Store.

Duck Fat: D’Artagnan produces a really nice duck fat that happens to be readily available at my favorite grocery store in Phoenix, AJ’s Fine Foods. This duck fat is so good that I’m actually thinking of permanently keeping some around the house for other cooking applications.

The rest of my ingredients were also purchased at AJ’s. I used thyme, bay leaves, and parsley for the bouquet garni.

I baked the cassoulet in a Le Creuset 7 1/4 Quart Cast Iron Round French Oven. Mine is lime green and it is beautiful.

Even though it was a lot of work, cassoulet isn’t terribly difficult to make. And it made for an enjoyable warm meal on the patio in the cool weather of an Arizona fall evening.